Fay’s interest in the Pilgrim saga began in 1984 when as an English teacher she visited the New Testament Christian School in Plymouth, Massachusetts to observe its curriculum called the Principle Approach. A year later she made the first of three trips to England to research the migration of English colonists to America during the Reformation of the 17th century in Europe.

Recent first-place prizes for two novels, Under Every Green Tree in 2001, and One Small Candle in 2004, now published as One Candle’s Light, were awarded at the Blue Ridge Mountain Christian Writers Conferences in Black Mountain, North Carolina.

Fay and her husband Bill, a retired teacher and history buff, live in Gainesville, Florida and have three children.

We have the only stock available of new print copies. To purchase a copy of One Candle’s Light directly from this website, please click on the “Buy Now” button below.

To order from Amazon, click on the “Available at Amazon” button below and see any of several booksellers on that page. We are selling there under the name: Pilgrim Fathers. There are no longer Kindle versions nor new print copies from the original publisher (Oak Tara) available on Amazon. 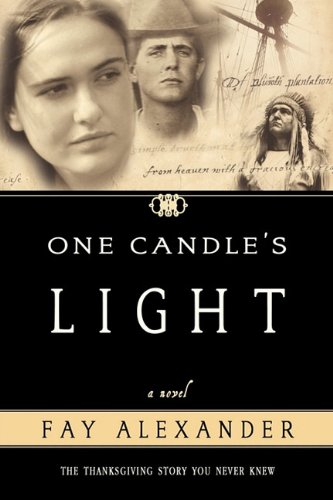